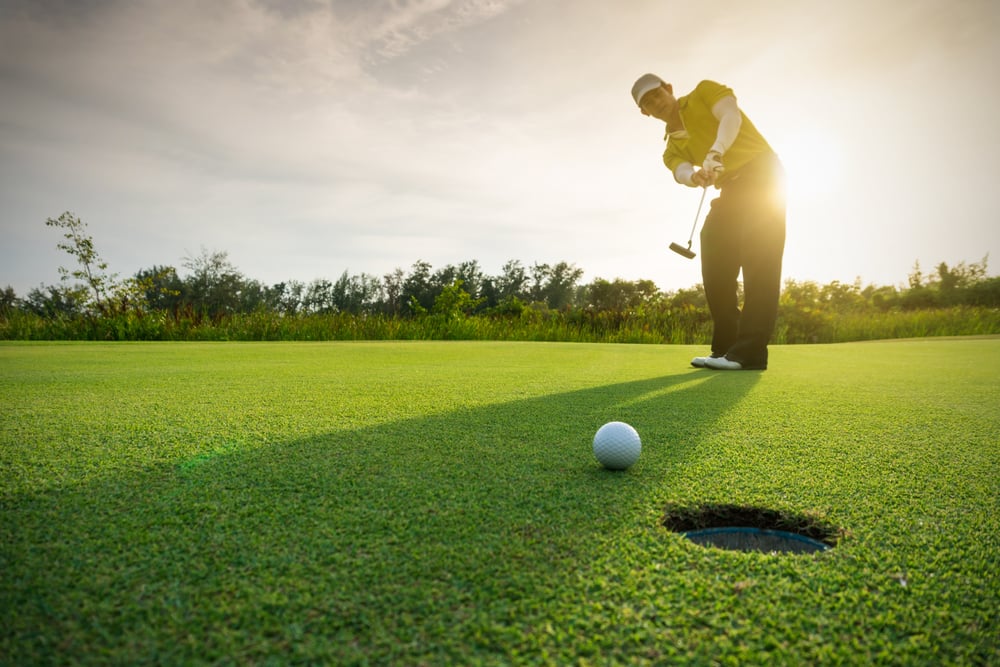 It’s that glorious time of the year once again: The Masters is back.

The most prestigious event in the sport, at the game’s most iconic venue, returns with Hideki Matsuyama as the defending champion. Here are 20 interesting facts (some you may not have known) about the famous Azalea-dotted event in Augusta, Ga.

20 Fun Facts About the Masters

Augusta National Golf Club was founded by the legendary Bobby Jones and investment banker Clifford Roberts. After buying a 365-acre nursery for $70,000 (almost $1.2 million in 2022), the two decided they wanted to host an annual tournament. Debating on what to call it, Roberts suggested the name “The Masters” but Jones thought it was too presumptuous.

They went with “Augusta National Invitational” from its founding in 1934 until 1939, which is when it became The Masters we know today.

2. Dwight Eisenhower was a member of Augusta National

In fact, Eisenhower is the only U.S. President to be a member of Augusta National Golf Club. This is thanks to Clifford Roberts, who was also a friend of the president and former advisor during his term.

Today, Ike’s Pond is named after him, near hole No. 9 on the par 3 course.

Horton Smith, otherwise known as the Joplin Ghost, was born in Springfield, Mo. in 1908. Smith became a golf professional in 1926. Before playing The Augusta National Invitational, he picked up other accolades winning The Oklahoma City Open in 1928, The Ryder Cup, as well as on the newly-founded PGA tour.

Bet you didn’t know this one. Caddies at The Masters are to wear white boiler suits; this includes white overalls with green caps. Each pair of overalls has a number on it, and the caddie of the defending champion always wears No. 1.

5. Tiger Woods is the youngest player to win The Masters

25 years ago, a young lad named Tiger Woods won The Masters in dominant fashion. He became the youngest ever to do so (yes, it has been 25 years), and was also the first Black player to win. Tiger was 21 years and 184 days old, narrowly followed by Jordan Speith, who was also 21 when he won his Green Jacket in 2015.

6. Jack Nicklaus is the oldest player to win The Master

7. The Masters has been held every April (except once) since 1935

The Masters has been staged in April, with signature Azaleas in bloom, since a year after its birth in 1934, when the tournament was held in late March. The 2020 Masters was delayed until November due to the COVID-19 pandemic.

Ben Hogan began the tradition of a champions dinner on the Tuesday night of tournament week. The previous year’s champion picks the menu and is the host for the dinner. The meal could range from cheeseburgers and milkshakes (Tiger Woods) to some of the most divine meals from around the world.

9. Each hole at Augusta National is named for a flower

Augusta National was built on a 365-acre plot of land called Fruitland Nurseries. The nursery contained thousands of flowering plants and trees imported from various countries, and several varieties are represented as named holes on the course.

10. History of the green jackets

In 1937, the iconic green jackets were given to each Augusta National member so they stood out to the public, in the event of someone needing assistance. The tradition we know today actually began in 1949 when Sam Snead was awarded his jacket, and it stuck.

However, there are rules. It is strictly prohibited to take the green jacket off club grounds. Once you win The Masters, you may take it home for the year, but the jacket must return to Augusta to award it to the following year’s champion.

Only one person has gotten away with breaking this rule, and that is Gary Player. You can see his green jacket at the Golf Hall of Fame in St. Augustine, Fla.

11. Tournament announcers have been removed for not following rules

Different sports have specific lingo that is spoken by announcers or broadcasters. If you are an announcer in golf (specifically at The Masters), you may really want to study up on your golf jargon.

Tournament announcers have been removed for not following proper club protocols. For example, words like “patrons” and “gallery” must be used by announcers, not “fans” or “spectators.”

12. The 1967 Masters was the first-ever live sporting event with an overseas audience

Eventually, overseas viewers could watch The Masters live -- but it wasn’t until 1967. Other sports, like The Olympics, were televised beforehand but this was the first ever sporting event to be broadcast live overseas.

13. The honorary starter tradition began in 1963 with Jock Hutchison and Fred McLeod

14. The course was originally planned to be 19 holes

This qualifies as a fun fact, right? There are two main reasons that prevented Augusta National from being a 19-hole layout. First were economic reasons, and secondly, it was determined an additional hole would have impeded the view to the 18th green for patrons watching.

15. Cell phones are prohibited on the course

This probably won’t ever change -- because it has always been that way. Chairmen of The Masters often decline even considering changing the rule because of the distraction phones cause away from the game. They also claim that cell phones don’t match Augusta’s formal decorum.

16. The cost of membership has changed quite a bit since 1934

Many things were cheaper in 1934 and playing golf was one of them. Augusta is a private club closed to only members and their guests, and finding your way on to this legendary track requires either a giant Rolodex or a lucky connection.

Membership is steep, too. Initiation fees start around $40,000 and annual dues are thousands of dollars per year. Gaining membership to this prestigious club is not particularly easy, either.

17. The course record is 63, held by Nick Price and Greg Norman

It’s an impressive accomplishment to shoot 63, let alone to do it at Augusta National during The Masters. Nick Price and Greg Norman share the course record, but unfortunately, neither of them won The Masters after doing so.

18. There are 10 cabins on Augusta grounds for members and their guests, as well as the Crow’s Nest

Augusta provides a few cabins for members and guests. However, the rookies get to bunk in the Crow’s Nest.

The Crow’s Nest is on the second floor of the clubhouse, and frankly, not the most luxurious of accommodations. However, it’s arguably one of the most iconic and historic places in the club. It is where rookies can stay when competing at The Masters for the first time. Some amateurs who have stayed here have gone on to have some pretty successful careers: Jack Nicklaus, Tiger Woods, Phil Mickelson, Tom Watson, etc.

When World War II occurred, there were far greater priorities and concerns in the world. Unfortunately, the war caused a hiatus of The Masters from 1943-1945.

When The Masters was on hold, Augusta National was used as a cow pasture to keep maintenance costs down and to feed surrounding areas.

Co-founders Jones and Roberts worked together to construct another golf course at Camp Gordon for soldiers that were stationed there.

20. The history in the landscape

One of the amazing things about Augusta National is how it brings you back in time. There are hundreds of types of plants on the premises.

Augusta National during April is one of the most special places in golf -- and for good reason. From the history, to the prestigiousness, or its stunning beauty. These are only a few that make the place and tournament truly spectacular.